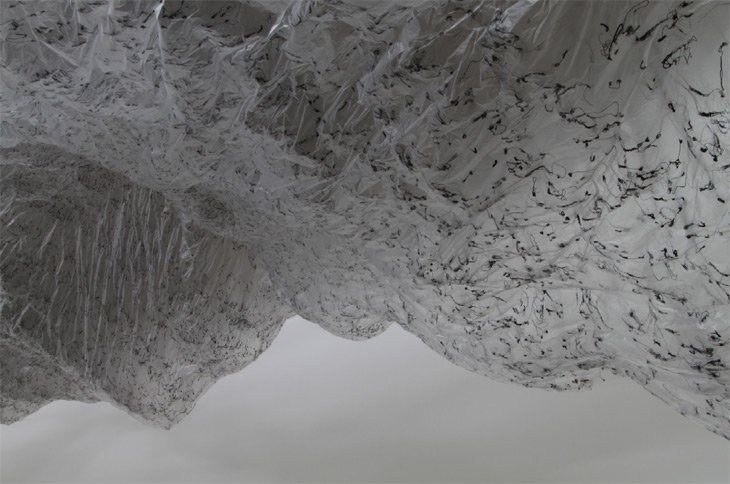 Yasuaki Onishi uses the simplest materials in his installation — plastic sheeting and black hot glue — to create a monumental, mountainous form that appears to float inside of Rice University Art Gallery. His process of “casting the invisible” involves draping the sheeting over objects, which are removed to leave only their impressions. Onishi views this process of “reversing” sculpture to be a meditation on the nature of the negative space, or void, left behind. 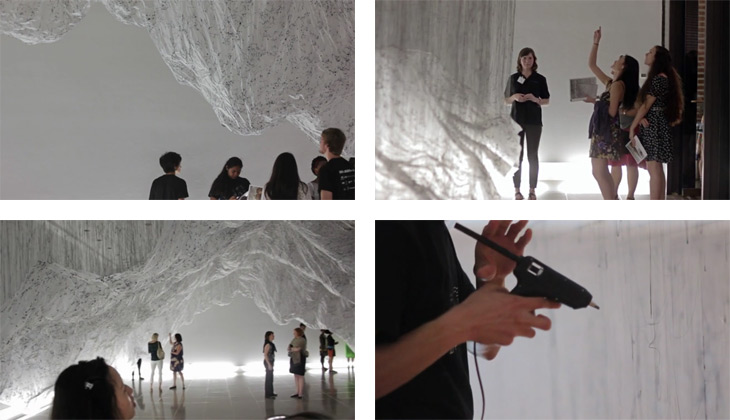 Yasuaki Onishi studied sculpture at University of Tsukuba and Kyoto City University of Arts. He has had solo exhibitions throughout Japan and internationally, and his work was included in Ways of Worldmaking (2011), at the National Museum of Art, Osaka (NMAO). His most recent solo exhibition in the United States was in 2012 at the The Marlin and Regina Miller Gallery at Kutztown University in Kutztown, Pennsylvania. In 2010, Onishi was the recipient of a United States-Japan Foundation Fellowship that included a residency at the Vermont Studio Center, as well as a grant from The Pollock-Krasner Foundation Inc., New York.

The film above is produced by Walley Films, an independent production company set up by a husband and wife filmmaking duo Mark and Angela Walley based in San Antonio, Texas. Walley Films is dedicated to the advocacy of the arts in their community.