Under - Art, Design, My Musings, Photography 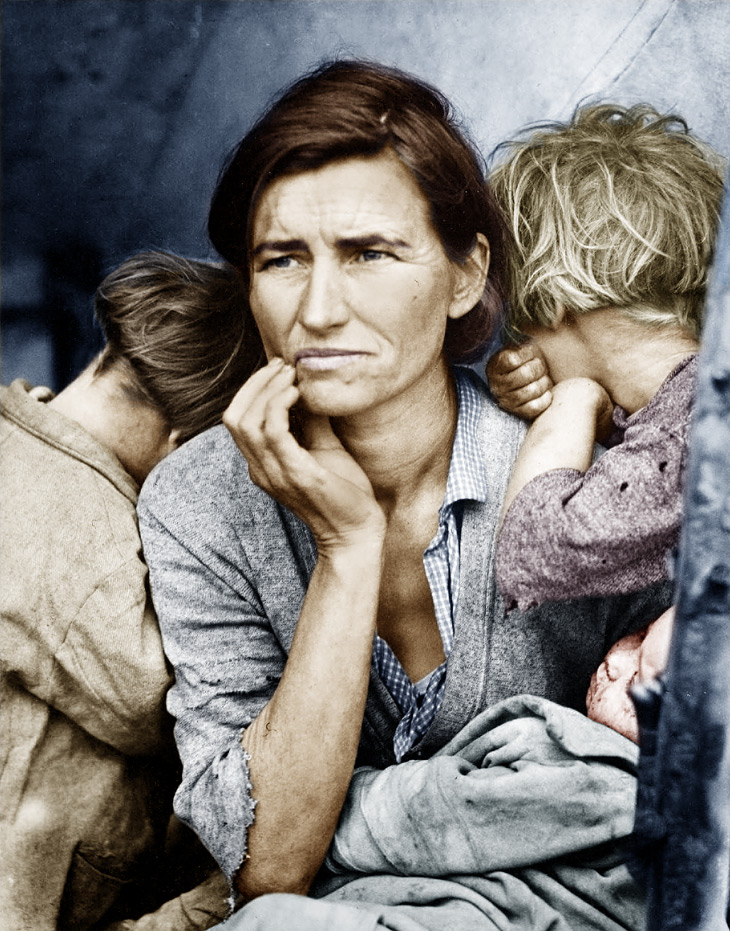 There were three things (among several) that I really wanted to do for some time:

So, having combined all of these into one task, I picked up the iconic photograph of Migrant Mother for this, taken by Dorothea Lange in 1936 during the Great American Depression, which I also mentioned few days back.

The thing that I wanted to avoid in this exercise is to have that artificial look-n-feel that we normally get to see when a black and white photograph is converted into color. Also, rather than just adding colors to make this photograph look like a real color-photo, my objective would be to capture the essence of this photo in colors and retain it. This can be done by using a color palette that is not overpowering and simply complement the original image.

The very first thing I did (having set up the tablet) is to download a trial version of Recolored. It is an interesting application to colorize old black and white photos. If you are familiar with the hand-coloring process then this piece of application does exactly that but on a computer. Recolored uses sophisticated algorithms to process digital images. One can easily colorize black and white photos by adding markings to the different regions of a photo, indicating which colors they should have.

I was expecting something a bit advance here but the application has a very simple, basic interface and set of tools. I was able to draw brush strokes to highlight colors and their intensities for various areas but had to render a preview to see the effect each time a line is drawn or any color or its intensity changed. This was time consuming and put me off initially but as the work progressed I started enjoying the end result.

Recolored comes with a library of color presets grouped into categories such as skin tones, hair colors, metals, wood, grass, fabrics etc but to me the tones were rather bright and overpowering. I found colors to be the most difficult part to work with in this app, from resizing the only brush to creating custom colors, the options were limited and inflexible to drive desired result. The absence of a live preview (of some sort) also made the process difficult.

Once the image is finished in Recolored, I noticed a yellowish cast over the image and therefore had to import it in Photoshop for correction as there are no color adjustment features in Recolored. 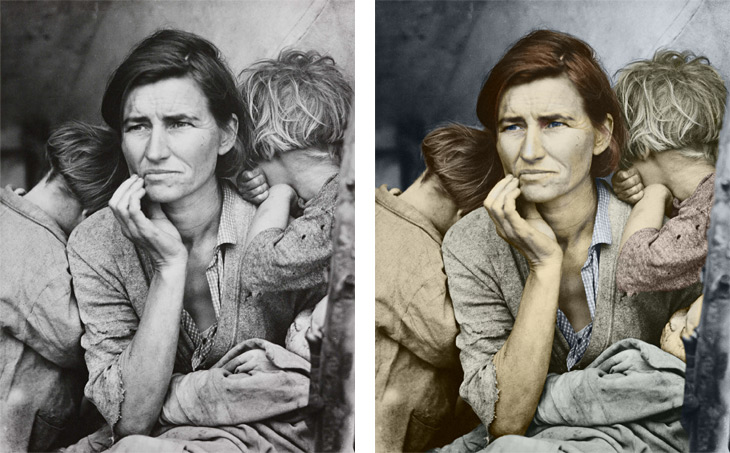 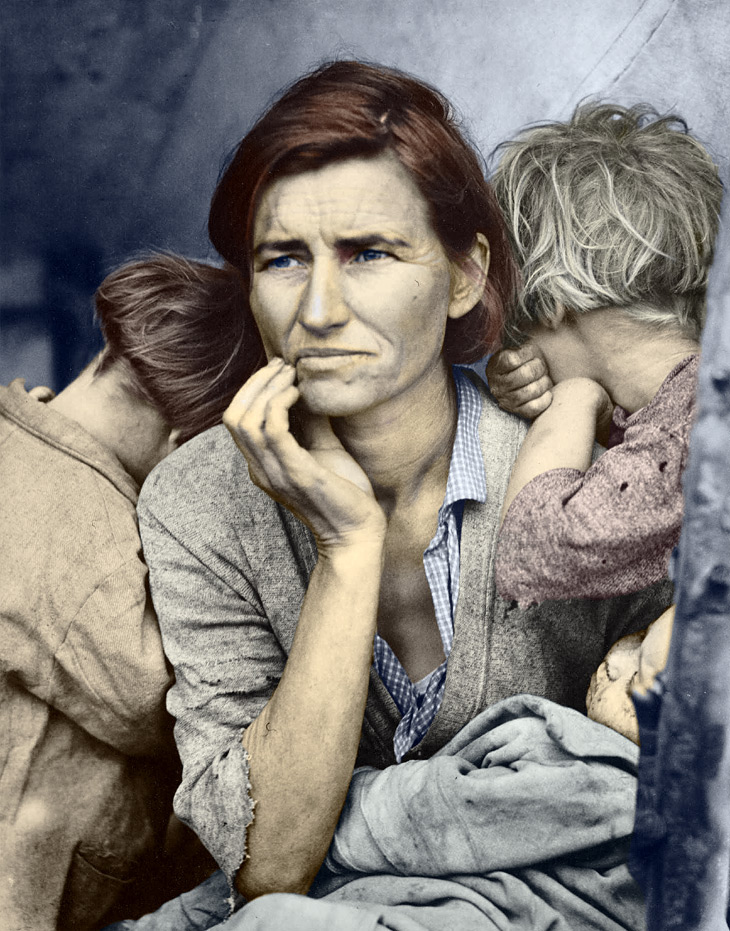 Although the final out put looked nice but it still wasn’t what I actually wanted it to be. I wasn’t particularly happy with the overall color balance, tonal variations, hues and contrast, and to me it was still missing the feel I wanted to capture.

I decided to give this image another try but in Photoshop this time. By using simple masks and Color Balance feature alone, I was able to recreate this image very quickly in Photoshop where it took me around one-quarter of the time compared to what it took me in Recolored.

Here comes (below) side by side comparison of the two. Recolored on the left and Photoshop on the right. 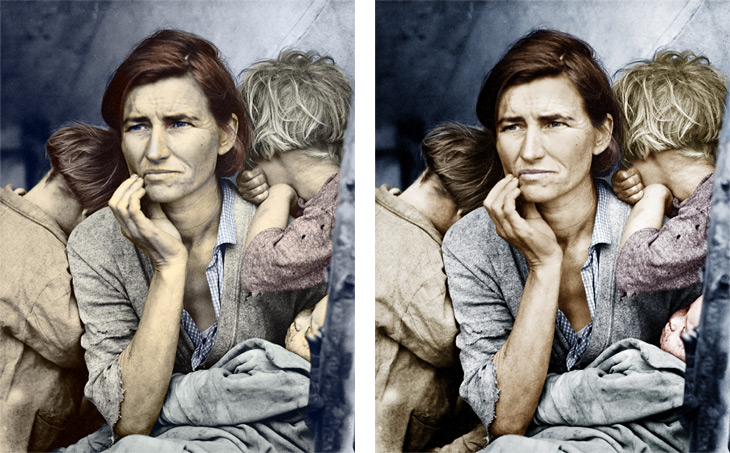 I think Recolored is a very cost-effective solution to coloring photos on computer. You don’t have to be an expert to work with it. It would be great to have some basic color and image adjustment features in this app such as hue/saturation and brightness/contrast controls. Obviously, it is nowhere near to Photoshop when it comes to working with colors but it sure does a remarkable job as a dedicated app.

6 thoughts to “Coloring the ‘Migrant Mother’”